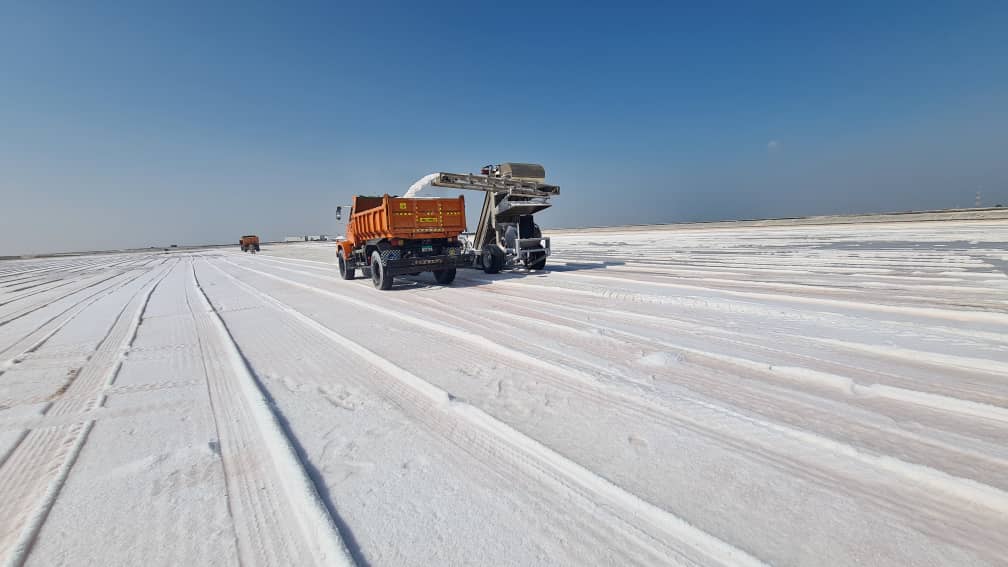 The exploitation of the salt resources involves different methods of extraction; from its minerals in diluted form, dry extraction or evaporation of seawater until the dry product is obtained.

Firstly, one of the ways to obtain salt is from rock salt. On the globe there are large solid state salt deposit that have been formed by evaporation and geological cataclysms in the earth’s crust, which has caused ancient seas to end up under the layers of rocky strata. These deposits, sometimes at the surface of the ground and others at great depths, are exploited with drilling and extraction machinery.

Once the salt is extracted, it is crushed and sieved and used for many applications depending on its chemical analysis.

Secondly, there is the soultion mining. When a salt deposit cannot be economically mined conventionally, this method is used to make the salt appear in liquid form. The brine generally goes to a vacuum evaporator to produce the final product. It can be found in underground places, as well as in shallow lakes.
This method yields a very high purity NaCl, fine in texture, and it used in those applications requiring the highest quality salt such as chemical applications.

The vacuum process consists of pumping the salt brine into a series of vacuum pans, very huge and closed, and by pressure and energy the brine is boiled thus forcing the crystallization of the salt. This process requires a very high energy consumption.

Lastly, the solar evaporation is the oldest method for producing salt. Also, salt accounts for about 3.5 percent of the world’s oceans. It is naturally produced when seawater is introduced to a series of ponds for its continued evaporation and finally for the fractional crystallization of the different salts, until the precipitation of the Sodium Chloride in the ponds called crystallizers. After that, the salt is harvested and processed depending on its requirements.

Furthermore, solar evaporation fields are located in areas where climate conditions are optimal. High evaporation rates, minimal precipitation and steady winds are key-climate factors for having a high production yield.

If you are interested on our services or do you have any question, please don’t hesitate to contact us.

You can change these settings at any time. However, this can result in some functions no longer being available. For information on deleting the cookies, please consult your browser’s help function.

With the slider, you can enable or disable different types of cookies: